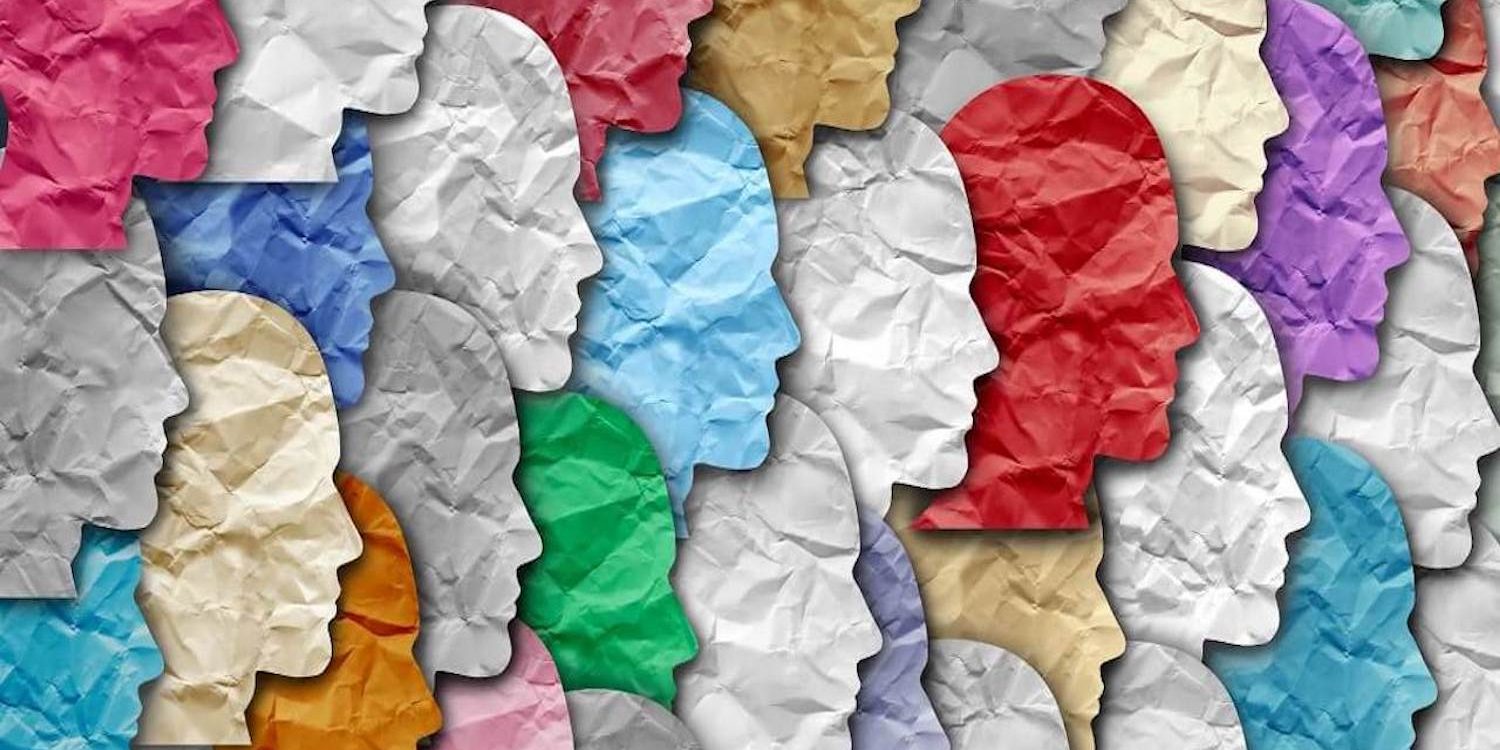 The crisis that arose in psychology at the beginning of the 20th century caused the long-term use of introspection as the main method of scientific research to become obsolete. It turns out that only with the help of internal self-observation it is impossible to explain a number of fundamental problems of psychology itself. A crisis led to the collapse of the current mainstream in psychology. Attempts to overcome this were aimed at solving fundamental problems of psychology. There were several such initiatives, and the most famous were three that soon took shape in independent fields: behaviorism, Gestalt psychology, and psychoanalysis (Freudism).

Behaviorism was inherent in American psychology, mainly pursuing the most pragmatic goals. But the relevance of the topic lies in the fact that even today the basic methods and principles of this direction are widely used in modern psychology and pedagogy.

Behaviorism emerged in the USA as a reaction to W. Wundt’s structuralism and American functionalism. Its founder was John Watson (1878–1958), who declared the study of behavior objectively and for a practical purpose as the subject of behaviorism (“Behaviorism becomes society’s laboratory” [5, p. 34]). Behavior is a response (R) in response to an external stimulus (S) that brings about the individual’s adaptability (S – R). The concept of behavior was interpreted very broadly: it included any reaction, including physiological changes: secretion from the glands, vascular reaction. As a result, behavior was interpreted as mechanistic, as it was reduced to only its external manifestations.

Watson classified all reactions according to two principles: external or internal; congenital or acquired.

Observations of newborns have concluded that the number of complex congenital reactions is small and does not fully adapt. Almost all behavior is the result of learning, so the formation of skills and the learning process becomes the main problem of behaviorism.

E. Tolman was the founder of neo-behaviorism and showed that experimental observation of animal behavior does not fit into the understanding of behavior according to Watson’s SR scheme. Behavior is a holistic action, characterized by its own characteristics:

goal orientation, plasticity, selectivity, That leads to the goal by shorter routes manifests itself in the willingness to choose tools. The behavior formula takes the form S – V – R, where V is goals, intentions, hypotheses (motivation). V is the equivalent of consciousness. In animal studies, animals show search activity until they reach the target (for example, a dog smells bones while passing through the maze), and stops the activity after reaching the target; when repeated attempts find the object faster [3, p.224].

It was Tolman’s work on endogenous variables.

However, he transferred the results obtained from experiments on animals to humans like Watson [4, p.7].

Hull’s theory, like Watson’s, does not take into account the factors of consciousness, and instead of the S – R scheme, Hull presents the formula proposed by Woodworth in 1929: Stimulus – organism – reaction (S – O – R), where the organism is the ongoing process in the  some invisible processes.

Behavior begins to be aroused from the outside world or state of need and ends with a response. The main determinant of behavior was considered the need to cause the activity of the organism. The strength of the needs depends on the strength of the reaction. The need determines the nature of the behavior, which can be different in response to different needs.

The founders of the subjective behaviorism theory are J. Miller, E. Galanter, K. Pribram. The mechanisms that link the stimulus and response, they named Image and Plan. Image is all the accumulated, acquired and organized knowledge of an organism about itself and the world (subjective experience) in which it lives. A plan is a hierarchically formed process of an organism that can control the sequence of any action (algorithm of actions).

Before developing a certain action stereotype, a person must be convinced of its effectiveness. For example, everyone prepares for an exam in his own way: someone reads additional literature, someone learns notes, someone writes cheat sheets – and in the process of subjective experience everyone was convinced that it is precisely such actions (algorithms) successful. In the process of experience (Image) with the help of examples, an appropriate algorithm of actions is selected – operations (Plan) [3, p.229].

In general, subjective behaviorism in the interpretation of behavior remained within the framework of mechanical behavior methodology.

The founder of operant behaviorism was the outstanding scientist and teacher B. Skinner (1904–1990), who created a system of principles (preferring not to call it a theory) to account for human behavior in remarkable conditions. He also began with the assumption that learning is largely the result of environmental factors, not genetic factors. Skinner propagated the idea of ​​a possible adaptation of the principles of conditional behavior, that is, the level of behavior that organisms can reproduce or reproduce. He also emphasized the importance of increasing incentives.

Based on experimental studies of animal behavior, Skinner formulated the idea of ​​three types of behavior:

In reality, the process of adaptation is based on active trials – the impact of a person or animal on the surrounding world, some of which can lead to a beneficial result, and thereby fixed. Such reactions are called Skinner operants. Skinner formed his theory of learning based on behavior analysis. The main way to create new behavior is through reinforcement, a system of rewards and punishments. The whole procedure of learning in animals is called “sequence guidance to the desired reaction”. Earlier, this method was discovered by the famous Russian trainer V. L. Durov. Therefore, if some action of the individual is positively reinforced, it is fixed and then repeated easily and constantly: if a dog is given a piece of sausage when it barks, it will bark in the future only to get a sausage. . This is well known to the trainer [4, p.9].

B. Skinner even said in his early works that the development of speech can be explained in this way, although many provisions were largely rejected. Making a coherent appeal to the requirements, B. Skinner argued that they could be significantly strengthened by taking four simple steps. He suggested the following [5, pp.39-40]:

– teachers should make everything they have to teach as simple as possible;

– tasks should be divided into small successive segments;

-Learning must be programmed by combining previous steps and providing highly positive efforts based on maximum success.

through lexical and grammatical patterns, memorization of dialogues or repetition of structural patterns by the chorus. An explanation of the rules is usually given when the language topic has been studied long enough and the corresponding habit has been formed.

Other, more communicative approaches lack modern learning theory. However, the behavioral perspective has several positive factors that cannot be easily overlooked. For example, the emphasis placed by B. Skinner on the most important role played by parents and teachers in creating appropriate learning conditions and ensuring key behavioral outcomes cannot be overlooked. Also, the basic reward system is crucial as a powerful influence in shaping human behavior. Many psychologists and educators are interested in ethical behavior change, which can be seen as a form of manipulation rather than a form of education. This view has been disputed by behaviorists. Perhaps the most serious accusation leveled against behaviorists is that they are only concerned with behavior in the field of view [4, p.12].

Behaviorism is an approach to psychology that has its roots in positivism and has had a major impact on teaching practice around the world. This approach grew out of the ideas of early learning theorists who tried to explain the entire learning system in terms of specific forms of improvement in human physical condition.

The most famous example of this is I. Pavlov’s theory on dogs and other animals that a response induced by an oral stimulus (food) can be simultaneously demonstrated by a second stimulus (bell). . . . These findings have come to be known as the stimulus-response theory. There was an assumption that any human behavior could be explained by the connection of stimuli and responses.

Thanks to behaviorism, the class of studied objects was greatly expanded, and the behavior of animals, babies, that is, individuals who could not be studied with the help of introspection, began to be studied intensively. Behaviorists consider certain parts of psychology, especially learning problems, formation of skills, etc.

The problem with early behavioral theories, however, is that they focused almost exclusively on the nature of foreign stimuli and the ways in which different types of stimuli could be altered to induce arousal. However, such a phenomenon is of limited significance for a large number of human actions. Behaviorism, choosing only the visible as the object of its attention, rejects the importance of emotions as essential elements in the learning process, the position in which students want to know their world.

Factors in the formation of human health and their significance
January 17, 2023

The essence of the holotropic approach
December 26, 2022

Techniques for the study of aggressiveness
September 26, 2022
Recent posts
Go to Top