Techniques for the study of aggressiveness 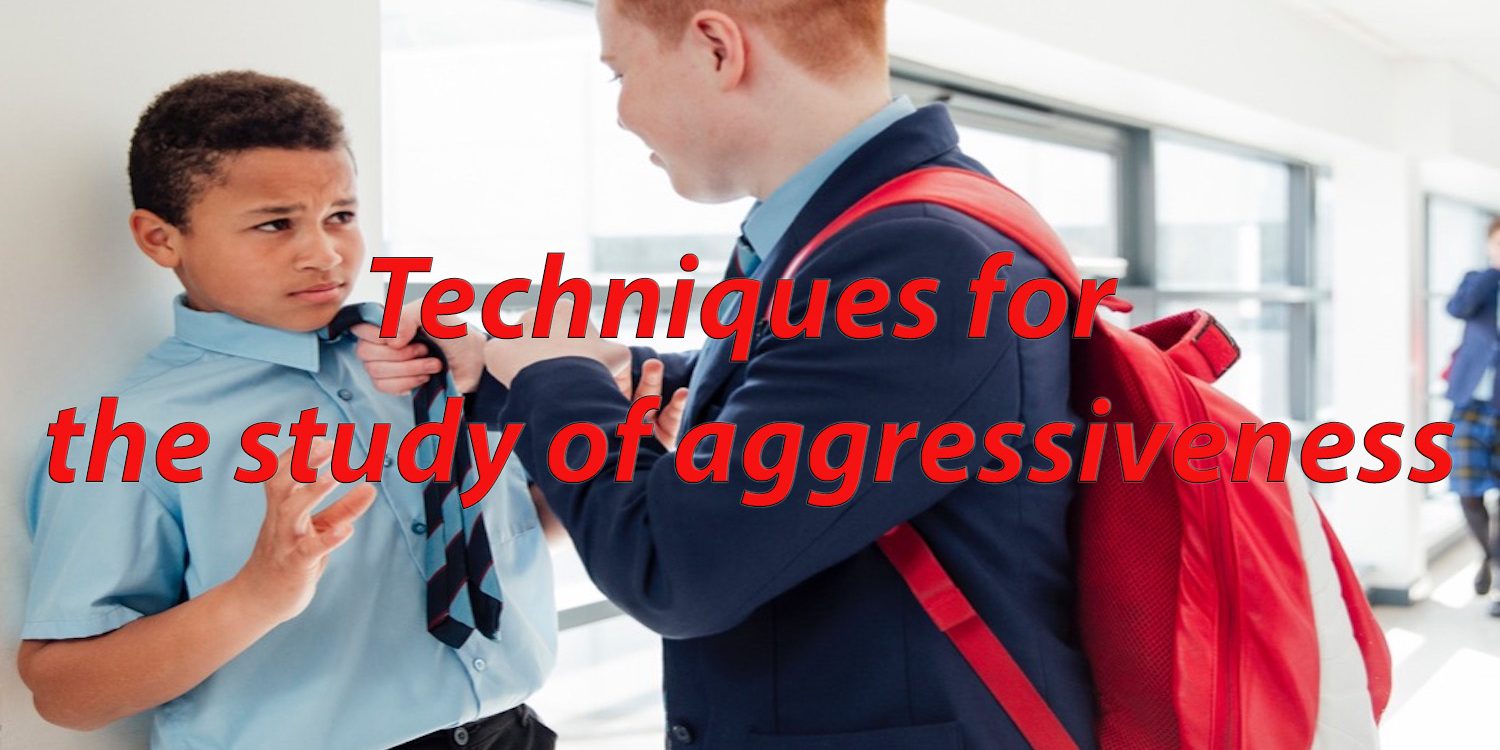 I. Test “Hand” – was used to diagnose aggressive behavior. This is an adaptation of the projective methodology of E. Wagner, Z. Riotrovsky, B. Bricklin. It allows you to assess the likelihood of aggressive tendencies in behavior, as well as other personality traits. The stimulus material consists of 9 cards depicting a human hand in various positions, the tenth card is empty. The subject is asked to answer the question “What do you think this hand is doing?” It would be nice to have multiple responses.

The methodological substantiation of the hand test is the author’s assumption that since the human hand is used in various activities, it is possible to determine the person’s tendencies to act by perceiving the image of the hand. And, therefore, it is possible to predict real behavior with a high degree of probability.

In accordance with the developed system of analysis, the responses of the subject are classified into 13 categories: aggressiveness (Ag), directiveness (Drz), fear (F), affection (Af), communication (Com), dependence (Dep), exhibitionism (Ex), mutilation ( Crip), active impersonality (Act), passive impersonality (Pas), description (Dser), deceit (Frd), reflection (Rf). The score for each category is the number of responses related to it. Calculation of the coefficient of aggressiveness (Rag), showing the probability of implementing aggressive impulses in behavior, is the ratio of trends that reflect readiness for aggressive behavior with those aimed at preventing, reducing aggressiveness:

The test allows you to determine only the presence of aggressive attitudes, which in themselves do not indicate an increase in the aggressiveness of the individual. Such a conclusion can be drawn on the basis of an assessment of the specific weight and place of these attitudes in the system of dispositions.

Studies have shown that individual groups differ not only in terms of total aggressiveness, but also in terms of the distribution of answers by test categories, both in absolute values ​​and in percentage terms.

The test is compact, easy to use, the duration of the procedure is about 15 minutes. Shows different classes of installations well. Successfully applied in patho-psychology.

It is used to diagnose behavior in a frustrating situation, including aggressive. This technique was first described in 1944 by S. Rosenzweig under the title “Pattern Frustration Method”. Common to all drawings is that the character is in a frustrating situation. Each response is evaluated in terms of two criteria: the direction of the response and the type of response.

It is possible to calculate the GCR, which can be referred to as the “degree of social adjustment”. Based on the survey protocols, conclusions can be drawn regarding some aspects of the adaptation of the subject to his social environment. It is possible to predict ways of behavior in situations where various difficulties arise in the way of satisfying a need.

III. To reflect the subjective, emotional and semantic ideas of a person about himself, the technique of personal differential (PD) was used.

When using the LD to study self-assessments of the value of the Evaluation factor (O), the results indicate the level of self-esteem. High values ​​of this factor indicate that the subject accepts himself as a person, tends to perceive himself as a carrier of positive, socially desirable characteristics, in a certain sense, is satisfied with himself. Low values ​​of the O factor indicate a critical attitude of a person towards himself, his dissatisfaction with his own behavior, level of achievement, personality traits, and an insufficient level of self-acceptance.

The Strength Factor (C) in self-assessments testifies to the development of the volitional sides of the personality, as they are realized by the subject himself. Its high value speaks of self-confidence, independence, a tendency to rely on one’s own strength in difficult situations. Low values ​​indicate insufficient self-control, inability to keep the accepted line of behavior, dependence on external circumstances and assessments.

This questionnaire records the degree of dissatisfaction with social achievements in the main aspects of life. By social frustration, the author understands: “a kind of mental stress caused by dissatisfaction with the achievements and position of the individual in socially significant hierarchies.” Each society in a specific period of its existence, depending on its orientation, material and economic development, the level of legal and moral culture, offers its members certain opportunities for social growth and satisfaction of needs. The society, as it were, “works out” scales, or steps, of growth and achievements, and the individual, according to his claims and capabilities, reaches one level or another. Assessing his achievements according to different socially defined hierarchies, a person experiences one or another degree of satisfaction – dissatisfaction. At the same time, he experiences frustration not so much from what has been achieved, but from the thought that more can be achieved today.